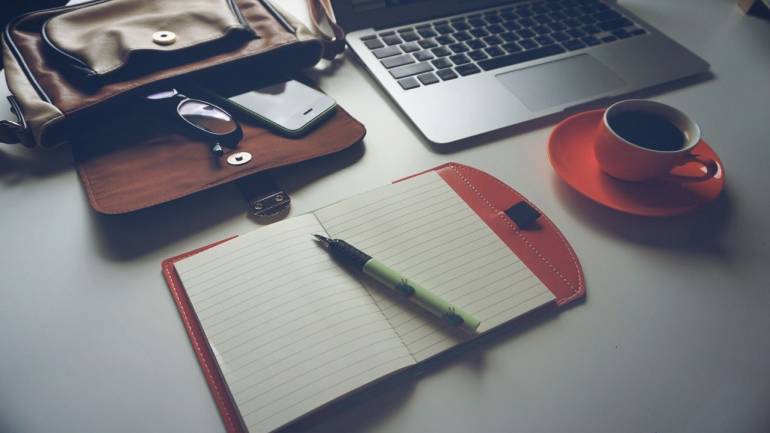 “Interviews: silence is the weapon, silence and people’s need to fill it…Two of fiction’s greatest interviewers – Georges Simeonon’s Inspector Maigret and John Le Carre’s George Smiley – have little devices they use to keep themselves from talking, and let silence do its work…When I’m waiting for the person I’m interviewing to break a silence by giving me a piece of information I want, I write “SU” (for Shut Up!) in my notebook. If anyone were to ever look through my notebooks, he would find a lot of ‘SUs’ there.” – Robert Caro in ‘Working: Researching, Interviewing, Writing’ (2019)

Learning from specialists in discovering hidden facts or perspectives

At Marcellus, we try to focus less on outcomes (eg. returns delivered, winning stocks) and more on process (eg. logical reasoning skills, capital allocation analysis, recruitment of smart and ethical people). Of course, like most people, we too often get excited by positive outcomes as opposed to the effortful immersion in methodical research. Hence, we keep looking for ways to make the immersion in process and detail more interesting. This note describes some of our efforts in this regard.

As investors, we get paid to either see the world in ways others cannot see and/or for uncovering data/facts others have not discovered. Another profession which gets paid for much the same things is investigative journalism. So, who are the leading investigative journalists/researchers of our time and what can we learn from them? In this note, we focus on four outstanding researchers – Robert Caro, Steve Coll, Ram Guha and Manu Pillai – whose work is easily accessible to us. For those who have not come across their work, here are short bios on these four writers.

Robert Caro: Two-time Pulitzer Prize winner, Caro is famous for his biographies of Robert Moses – the powerful but racist civil servant who built most expressways, bridges and parks around New York City – and former US president Lyndon Johnson. Caro began his career as a newspaper journalist, but the seven years which took him to write his book on Moses – a book which won him his first Pulitzer – resulted in him becoming a full-time historian. Such is Caro’s reputation for exhaustive research and detail that he is sometimes invoked by reviewers of other writers who are called “Caro-esque” for their own extensive research.

Steve Coll: Another two-time Pulitzer winner, Coll is currently the dean of Columbia University’s famous School of Journalism. The first Coll book we read was ‘On the Grand Trunk Road’ (1994), a book written while he was living in India as the Washington Post’s South Asia Bureau chief. Coll then cemented his legendary status in a series of remarkably well-researched books on how the SEC and the CIA function, how Al-Qaeda is run and how Pakistan’s ISI makes a fool out of everybody else. So deep is Coll’s knowledge that the US government turns to him for guidance on some of these matters. If you are interested in the Al-Qaeda and Pakistan’s ISI, you have to read Coll’s ‘Ghosts Wars: The Secret History of the CIA, Afghanistan and Bin Laden…’ (2004) and ‘Directorate S: the CIA and America’s Secret Wars in Afghanistan and Pakistan’ (2018).

Ramachandra Guha: A versatile intellectual, Guha is arguably contemporary India’s most famous historian. He’s best known for his epic trilogy of books that capture India’s evolution over the past 150 years – ‘India After Gandhi’ (2007), ‘Gandhi Before India’ (2013) and ‘Gandhi: The Years That Changed the World’ (2018). His research into the social history of Indian cricket culminated in an award-winning book, ‘A Corner of a Foreign Field: The Indian history of a British Sport’ (2002).

Manu Pillai: By far the youngest of this quartet of great writers, Pillai is arguably the brightest young historian in India. Four years ago, BBC appointed him as a research assistant to help Sunil Khilnani with his outstanding book-cum-radio shows – ‘Incarnations: India in 50 Lives’ (2016). Subsequently, in the past three years, Pillai has published three well-researched books: ‘Ivory Throne: Chronicles of the House of Travancore’ (2016), ‘Rebel Sultans: the Deccan from Khilji to Shivaji’ (2018) and ‘The Courtesan, the Mahatma and the Italian Brahmin: Tales from Indian History’ (2019). While we haven’t read the third book, we can safely say the first two books are riveting tales of intrigue and conflict that would hold your attention for hours on end.

So, what can we learn from these writers? How can we improve our own skill set and mindset?

What marks out the greatest researchers?

Question the received wisdom: Although Mark Twain said “Whenever you find yourself on the side of the majority, it is time to pause and reflect”, most of us live in an echo chamber surrounded by people who are culturally and economically similar to us. We tell them what they like to hear and, for the most part, they return the favour. Great researchers buck this trend by having a more sceptical mindset. For them the natural thing to do is question the status quo rather than accepting things as they are.

For example, in his five-volume biography of President Lyndon Johnson (LBJ), Robert Caro dismantles the conventional narrative built around LBJ by his previous biographers, namely that LBJ rose from a dirt poor Texan background and worked his way up to the Presidency, courtesy his intelligence and industry.

Caro shows how money from the Texan construction company, Brown & Root, underpinned LBJ’s ascent. Thanks to Caro’s research, we now know that LBJ was the first modern day American President to cut deals with firms who benefit from government contracts – Brown & Root provided money to Democrat politicians who needed election campaign finance. In return, these politicians supported LBJ. And LBJ in turn saw to it that Brown & Root got the government contracts it sought. Cynics who believe that only India is populated by such politicians should revisit their cynicism.

Absorb the detail, but see the big picture: Before they hit the ‘Eureka moment’, great researchers learn to keep digging. And in order to avoid getting lost in the detail, they learn to keep the big picture in mind. Coll provides a masterly demonstration of this in ‘Directorate S’. The book is based on 550 interviews (conducted over 2007-17 across the US, Pakistan, Afghanistan and Europe by Coll and his four researchers), hundreds of Wikileak cables, court documents from 7 cases fought in US courts, 20 sets of documents from the US government, around 30 reports published by a variety of bodies (eg. the US Army, the London School of Economics, Atlantic Council, etc) and over 200 other books and news reports.

And yet through all of this, Coll keeps his and the reader’s focus on the central narrative, namely: (a) Bin Laden and Al-Qaeda used the Taliban and Pakistan’s ISI to create a base in Afghanistan from which to attack American interests; (b) the ISI made extensive use of American money to fund terrorists in Afghanistan who eventually turned their guns and bombs on America itself; and (c) the American intelligence agencies persistently underestimated the threat posed by Bin Laden and ISI in spite of the considerable body of evidence available to the CIA of the same.

The courage to question your own hypothesis: Outstanding researchers have the willingness to continue researching even when the facts suggest that their own initial hypothesis is incorrect. While most biographers of Mahatma Gandhi have typically relied on the great man’s account of his own life — which runs into 5,000 pages — along with Richard Attenborough’s 1982 movie, Ram Guha takes a different approach in his two-volume biography of the Mahatma.

Guha repeatedly digs out contemporaneous sources and cites them in his books even when they contradict the Mahatma’s own account of his life. For example, in the second volume of the biography, Guha cites a letter written in the mid-1940s by Horace Alexander, a close friend of Gandhi. The subject of the letter is the chastity tests Gandhi was subjecting himself by “sleeping in a bed with his teenage grandniece, Manu Gandhi”.

Guha then quotes from Manu’s own diary what she thought of these experiments. Then he concludes: “There may have been, as it were, two sides to the story. Both Gandhi and Manu may have wanted to go through this experiment, or ordeal. To be sure, there was a certain amount of imposition – from his side.”

Guha knows that for him and other devotees of the great man, this is not an easy conclusion to reach. However, he does not flinch from doing the research and telling us what he makes of the situation.

Communicate by simplifying complexity: The oldest book on human communication is Aristotle’s ‘Rhetorica’. Aristotle believed that an effective communicator must use compelling logic to make his point. Great researchers are adept at this. In India today, more than any other writer, Pillai is communicating Indian history to a contemporary audience with short attention spans.

He says, “The books I read made it clear to me that the typical (and I daresay tedious) linear narratives which masquerade as history in popular imagination are highly limited, unable by their very nature to do justice to the magnificence of India’s story… it was work on my first book, The Ivory Throne, that really got me questioning received wisdom and notions — my protagonist, Sethu Lakshmi Bayi, was the last female Maharajah of Travancore…I wanted to resurrect her because she deserved to be more than a passing footnote in the story of Kerala. The themes I tried to weave around her tale — the matrilineal system, the invention of “tradition”, and the constant intermixing of cultures, in ways that would amaze and perhaps even shock some of us today — challenged elementary concepts I had learnt in school, based as they were on patriarchal standards and viewed through historically limited lens. As soon as my eyes were opened, I wanted to combine solid research with appealing language — after all, what is the point of discovering the past in all its glory, if it cannot be disseminated to a larger audience? We are all heirs to a remarkable heritage, and we owe it to ourselves to do justice to that heritage.” (Source: https://www.platform-mag.com/literature/manu-s-pillai.html)

The goal of good investigative writers – and of good researchers in general – is to trigger action. Rarely are such people working in a cloister because they enjoy research for research’s sake. They see research as a means to an end. The end could be to expose a corrupt politician or it could be make a case against social injustice or to resurrect a forgotten story or figure.

In much the same vein, those who undertake deep research into listed companies are either doing so to discover hidden perspectives/facts about these entities. Such perspectives could be negative (eg. many of India’s leading companies have financial statements which do not stack up) or positive (eg. some of India’s most consistently profitable companies have built formidable barriers to entry which are cleverly hidden from the wider world).

More pertinently, the more we as investors look beyond stock prices and P/E multiples and obsess about digging for facts and perspectives in the real world, the more we can anchor our investments in harsh realities of the highly competitive free market economy, that is India today.

Whether it is in investigative writing or the stock market, when we find people who are thoughtful, conscientious and forthright, we latch on to them because such people are more likely than not deliver outstanding results in professions of their choice.