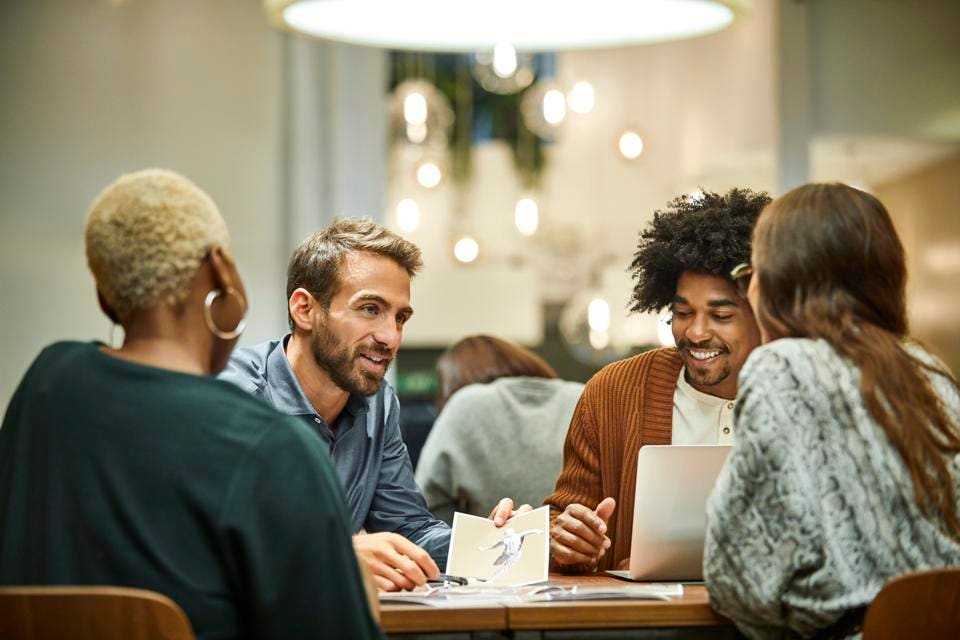 If you were renting Apollo 13 at your local Blockbuster in 1995, you likely had no idea the video rental industry was about to dramatically change. But, Reed Hastings had another idea.

Conflicting reports say the idea for Netflix was born from Hastings being charged a $40 late fee for that very movie. While the company’s co-founder Marc Randolph reportedly claimed it began when he and Hastings discussed creating “the Amazon.com of something.”

Whatever the real story is, one thing is clear: Entrepreneurs are wired differently than the rest of us. They believe they can do things better, cheaper and more efficiently. When they mobilize those ideas into action, revolutions are born. And when their marketing follows that same wavelength, magic happens.

Rebellion Is Nothing New

When we think about it from an evolutionary and biological perspective, not much has changed in the past 6,000 years of human history. How civilizations rise and crumble, the stories of the few getting power over the many: Those rebellious tendencies are still inside most people today. We crave the excitement and freedom that comes from doing something new.

Yet, as we’re painfully aware, many brands don’t tend to be the right idea at the right time. How and when a brand challenges the status quo is not an exact science, but it does require some level of precision and nurturing. While some companies (like Facebook) will indeed find that sort of magic and soar, others will need to massage the rebellion for longer to get it to the right amount of stickiness.

Younger brands have latched onto the idea of breaking free from old patterns. Take mission-driven business TOMS shoes for example. Launched with a philosophy of giving back, the company began by donating one pair of shoes to a child in need for every pair purchased. Now they’ve expanded donations to include things like eyeglasses and water. People respect that, and when they wear TOMS, many feel they are also making a statement: I care about others.

Outwardly, companies like these signal they are about more than making money. They issue a call to action to consumers who are willing to hear the message: Join us, and be a part of something different.

With that said, landing your own revolutionary message can be hard to do. To overcome this marketing challenge, here are three steps I recommend taking at the onset of creating your brand’s messaging.

Most companies fall into the trap of comparing their products to those of a successful brand, pronouncing themselves “the Uber” or “the Amazon” of a certain industry (just like Randolph did earlier). Brands likely do this because it is easy, and it can quickly draw an association. But, it’s also lazy.

Decades before the smartphone was introduced, Apple was already positioning itself as an enigmatic brand with its “Think Different” campaign of the 1990s, including the famous commercial, “The Crazy Ones.” Here was a computer company not talking about their product, but instead, appealing to the type of people who would buy it — the company’s ideal customers. Apple had created a love letter to these influencers.

Rebellious messaging is often about more than the brand. When done well, it makes people stop and acknowledge, “That company really gets me.”

2. Be Consistent And Persistent

Although the idea of departing from a standard playbook to more adventurous messaging and behavior can be exciting, there are pitfalls to avoid. Brands should beware of assuming that customers will immediately support their unique approach, without any buy-in.

I don’t really remember what the Allstate logo looks like from memory. I know it’s blue, and it includes hands. But the composition? I couldn’t draw it. What I do remember, though, are Allstate’s “Mayhem” commercials: ironic, relatable and downright funny. I quote them to family and friends, and I enjoy the new ones as much as the originals.

Consider this: The “Mayhem” commercials first debuted almost a decade ago (subscription required), in 2010, and we’re still talking about them today.

That’s branding done right, and it underscores a big point about successful rebellious marketing: It’s achieved through a lot of consistency, time and effort.

Marketing, now more than ever, is about relating to a human story.

Remember the lines that circled the block during the release of the new iPhones back in 2007? Those early adopters placed priority in owning new tech because it was part of their identity. It signified that they were part of a rebellion against handheld devices and flip phones — that they too were cutting edge.

Renowned marketing consultant Mark Schaefer’s newly released book, Marketing Rebellion: The Most Human Company Wins, confirms that “technology has created new ways to help customers discover, share and discuss their favorite products. In fact, most of our marketing is occurring without us. Today, the customers are the marketing department.”

Creating a unique message for a unique brand takes patience and persistence. However, following some simple edicts can help ensure success: Don’t compare your brand to others. Work hard to earn (and keep) customers’ trust through consistently compelling messaging. And find ways to connect with customers on a human level.