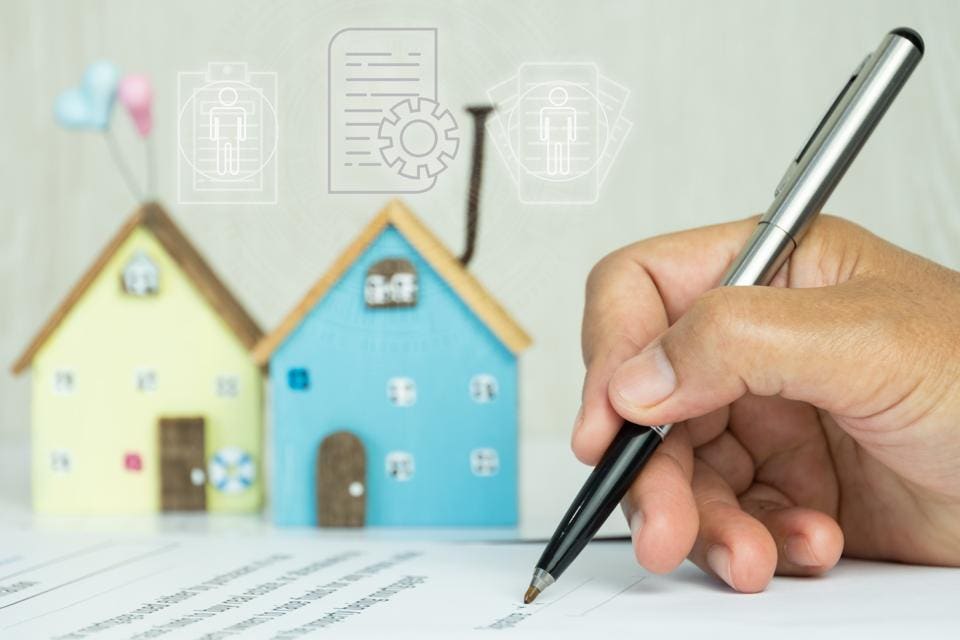 A mortgage is a good thing, isn’t it? It allows people to buy homes if they, like so many Americans, can’t make the purchase with cash on hand. And it also gives them a tax break. Jason Lina, lead advisor at the Resource Planning Group in Atlanta, shows that there’s a downside to home loans:

Larry Light: So what could be wrong with borrowing money to buy a home?

Jason Lina: Baseball, apple pie, mom, Chevrolet, hot dogs and home ownership. To question any of these things is un-American.  And so it becomes a largely unquestioned truth that borrowing money to buy a home is “good debt.”  Home ownership, after all, is just living the American dream.

But as a result of accepting this good debt moniker, we give mortgage debt an unfair pass.  It does not carry the same connotation of reckless spending that we assign to credit card debt, and we do not give it the same skepticism as we would a payday loan.  Borrowing money to buy a home is just what we do in America.

Light: My mortgage interest deduction is valuable. Isn’t that a big plus?

In the first year of the mortgage, they’ll get to deduct a whopping $904 of interest expense.  Not per month.  Total.  That deduction will decline each year such that by the time year five rolls around, they will get no added deduction from their $17,184 in annual mortgage payments.

Evidence suggests that, under the new tax law, there tends to be a large gap between the perceived benefit from the mortgage interest deduction, namely that it is high, and the actual benefit, which is low or zero.

Light: Many view a big mortgage as a good way to help reduce taxes.

Lina: Never working a day in your life helps to reduce your taxes.  So does immediately spending or giving away all your money such that you have nothing left.  So does taking up citizenship in Oman, where there is no income tax.

If the singular goal is to reduce your taxes, then having a really large mortgage helps achieve the goal.  But that doesn’t universally make it a good way to reduce taxes.  Not only are there often far better ways to help reduce taxes but, all too often, individuals focus on reducing taxes at the expense of making productive financial decisions.

Light: If I take out a mortgage and my home value appreciates, wasn’t the mortgage a good financial decision?

In the first year of ownership, the home appreciates to $600,000.  Here is the key point: you get the full benefit of that $100,000 gain in your net worth regardless of whether you chose option A, B, or C.  Do not be lulled into the idea that taking out the mortgage was a good idea because the home appreciated.  The home’s appreciation has no impact on whether option A was better or worse than options B or C.

To be fair, what actually impacts your net worth in the comparison of these three options is the return of the retirement savings that you used, or would have used, to make a down-payment on the home.  If we fast forward a year and the investment markets lost money during the preceding 12 months, then option C with the $450,000 mortgage would have been the worst financial choice for this one-year period, even though the home appreciated by $100,000.

Lina: Yes, your mortgage was probably necessary to purchase your home when you bought it.  And, yes, if you default on your mortgage, the bank can take your home.  But many people—especially those later in their career—are truly just borrowing against their home to invest in stocks, bonds or cash.  Consider the following real-life example to appreciate why this is true and how you may be making the same mistake.

I recently met with a married couple who had a mortgage of roughly $200,000 tied to the home they purchased more than a decade ago.  They also had $500,000 in a brokerage account earmarked as retirement savings.  I explained to them that because we could liquidate $200,000 from their brokerage account at no tax cost and use those proceeds to pay off their mortgage, that the mortgage was now effectively financing their retirement portfolio and not their home.

Framing things in the following way helped them to better appreciate this reality.  I suggested they imagine that, following several glasses of wine to drink one night, they went to go pay the bills, which is generally, a bad idea.  Instead of making their regular monthly mortgage payment, they accidentally checked the box to pay off the entire $200,000 mortgage balance.

Assuming that the mortgage company would allow them to rectify the mistake with no costs or fees, would they now choose to borrow $200,000 against their house in order to invest an additional $200,000 in stocks and bonds for retirement?  The answer: no.

This type of mistake is common.  We associate mortgage debt with the primary residence, which is understandable given that the mortgage was used to purchase the home and the home serves as collateral backing the mortgage.  Our behavioral tendency is to compartmentalize assets and liabilities, a term that behavioral finance labels “mental accounting.”  But the really important and really under-appreciated concept: money is fungible.  It does not matter whether you have $20 in your wallet, your bank account or your sock drawer. It’s all the same $20.

For many people, as time passes and other assets build, the mortgage stops funding the home and starts financing the investment portfolio.  And to be clear, this is not necessarily a bad thing.  The point here is that in order to make prudent financial decisions, most people would be well served to stop compartmentalizing and by delinking their mortgage from the home for decision-making purposes.

Light: Won’t paying off my mortgage help my finances?

Lina: The opposite version of the mistake above is when individuals are convinced that paying off the mortgage will help their finances because it reduces the monthly cash flow need.  In the majority of situations, paying off your mortgage prematurely will hurt your financial plan.

Consider the scenario where Sam and Diane have $200,000 remaining on a mortgage where the principal and interest payments cost them $1,800 each month.  The mortgage has an attractive fixed interest rate of 3.5% and they’re able to deduct all the interest, making for an effective after-tax mortgage rate of 2.45%.

The trusted financial advisor for Sam and Diane prepares a financial plan and suggests that they’re spending too much to meet their retirement objectives.  They need to reduce their spending by $20,000 per year to meet their targets.

The solution seems obvious: Sam and Diane use funds from their retirement savings to pay off their mortgage, reducing their spending by $21,600 per year. That’s $1,800 times 12.  Voilà, they cut spending by more than $20,000 and are back on track.

Except that they’re not.  Sam and Diane effectively took money from Diane’s desk drawer and moved it to Sam’s wallet, thinking that this helped their financial situation.  Unfortunately, the reduction in monthly cash flows comes at the expense of the reduced retirement savings and the opportunity cost of the lost growth.  And for long-term investors with a diversified portfolio, the math usually works out quite favorably to maintain a mortgage.

In this specific case, if Sam and Diane end up making more than 2.45% on their investments post-tax, then the mortgage payoff was counterproductive to their retirement plans—further impeding their retirement objectives rather than helping their cause.

Light: So is having a mortgage is bad?

Lina: Leave here with the takeaway that your mortgage interest deduction may not be as valuable as you think.  Which doesn’t mean that you should pay it down quickly—just that the cash you’re hoarding in a rainy day fund may be costing you more than you think.

Leave here with the realization that your mortgage may not be financing your home but, rather, financing your investment portfolio.  Which doesn’t necessarily make it bad but might cause you to make different decisions regarding investing, versus paying down debt.

Leave here with the understanding that your expected appreciation or depreciation of the home should have zero impact on how much, if any, you decide to finance.  It is, again, irrelevant.

And leave here with the recognition that reducing your monthly expenses by paying down your mortgage does not naturally help your finances.  It helps your cash flows but often hurts your overall financial picture.