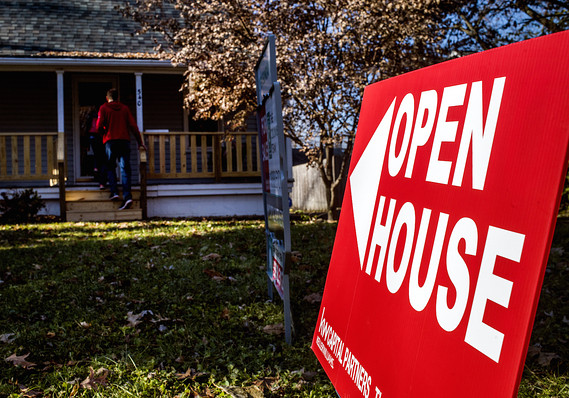 Rates for home loans ticked up slightly, a reminder that the easy-money era for mortgages will likely have to end at some point.

Fixed-rate mortgages follow the benchmark 10-year U.S. Treasury noteTMUBMUSD10Y, -1.42%  , which has risen over the past few weeks. A raft of strong economic data has convinced investors that the sluggishness in the economy at the beginning of the year was temporary, and that the economic expansion still has legs. That’s made assets like stocks more attractive, and fixed-income investments, like bonds, less so.

In the housing market, meanwhile, conditions remain tight. In March, supply of previously-owned homes declined and sat well below the long-time average. The specter of rising rates has prompted more Americans to apply for a mortgage:applications hit a nine-year high in recent weeks, according to the Mortgage Bankers Association.

But lending standards are going to get a bit more strict.

Last month, the Federal Housing Administration said it would start to require manual underwriting for mortgages that may be more risky. The agency, which guaranteed about 23% of new mortgages in 2018, is concerned about borrowers who have lower credit scores in addition to higher debt-to-income ratios.

So-called “risk layering” was commonplace, even encouraged, during the housing bubble of a decade ago. In the squeaky-clean lending environment that emerged after the financial crisis, lenders have been more cautious. But lean supply has driven home prices so high, even as stagnant wages and higher student debt have both made homeownership more challenging for many Americans, especially younger ones.

The industry has responded by slowly, incrementally, “opening the credit box,” to use mortgage market jargon, to try to allow more consumers to access home loans. The chart above illustrates how the average FICO score has declined among Ginnie Mae’s mortgage portfolio, which includes loans made through FHA, VA, and a few other smaller programs.

“Manual underwriting is more labor intensive and costly for lenders,” analysts at the Urban Institute explained in a recent note. The think tank’s Housing Finance Policy Center has advocated for some loosening of tight post-crisis lending standards.

“It is too early to tell whether this will discourage lenders from originating the affected mortgages and to what degree. In the coming months, we will be monitoring the credit characteristics of new FHA originations to identify the impact of this change on credit availability.”